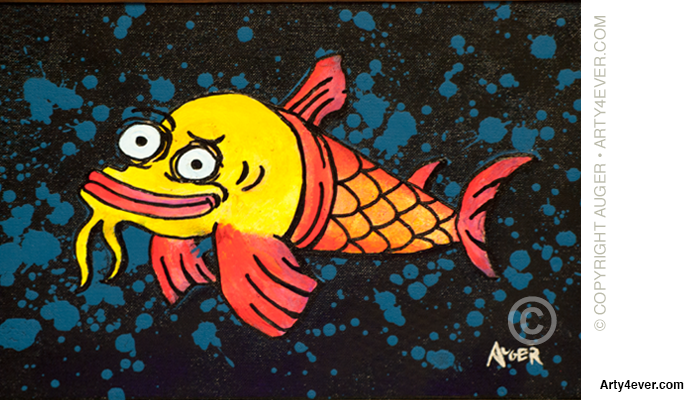 UV-Reactive Acrylic on board,
14 inches wide by 10 inches tall

The term "fishy" is thought to have originated from the notion "as slippery as a fish" and the character of this painting certainly seems to be plotting some shady deal. An appropriate piece to hang over the poker table (or in a government office). 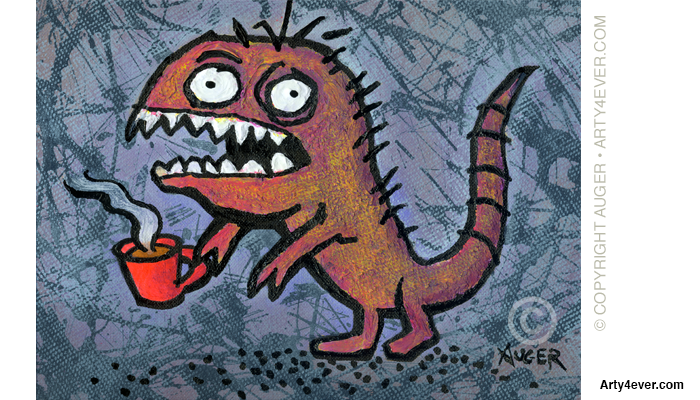 UV-Reactive Acrylic on board,
14 inches wide by 11 inches tall

Many people feel like a grouchy monster until after they have had their morning cup of coffee. Express your offbeat personality with this unique, blacklight-reactive painting in your kitchen or parlor. 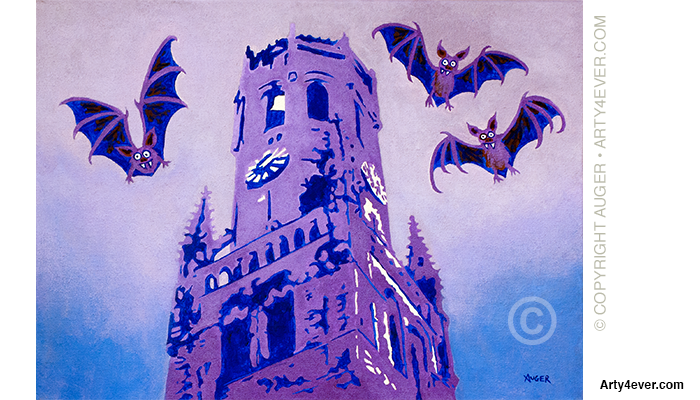 Bats in the Belfry

The expression 'Bats in the belfry' refers to someone who acts as though they have bats careering around their topmost part, that is, the head. 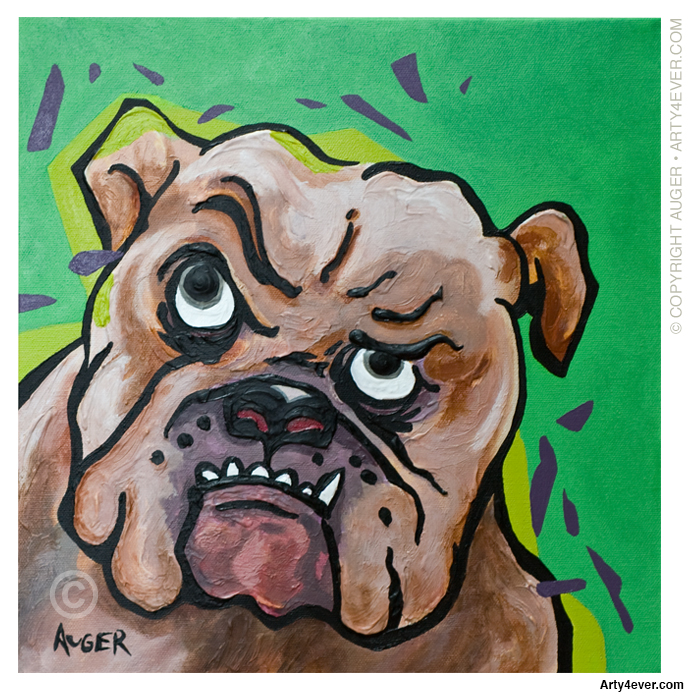 Thus grumpy bulldog is sure to brighten your day. I also can create a custom pet portrait just for you! 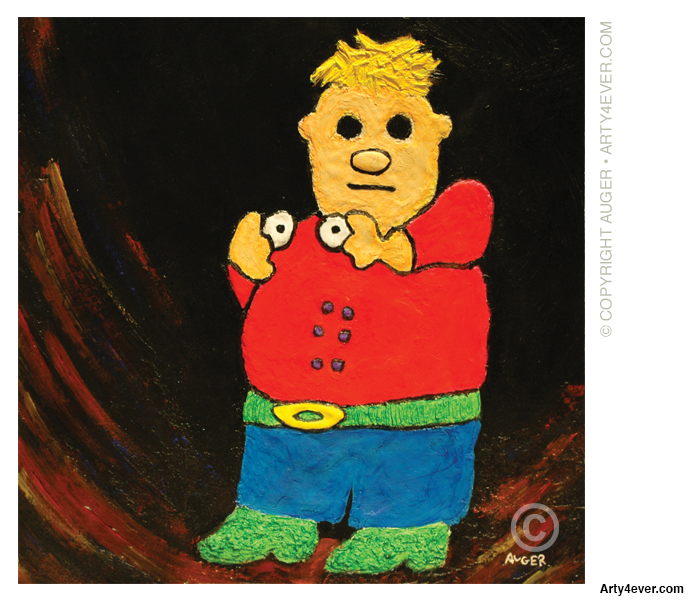 UV-Reactive Acrylic on board,
16 inches square

This visionary has the ability to see life from a different perspective. My wife enjoys almost all of my offbeat creations but this painting gives her the heebie-jeebies. 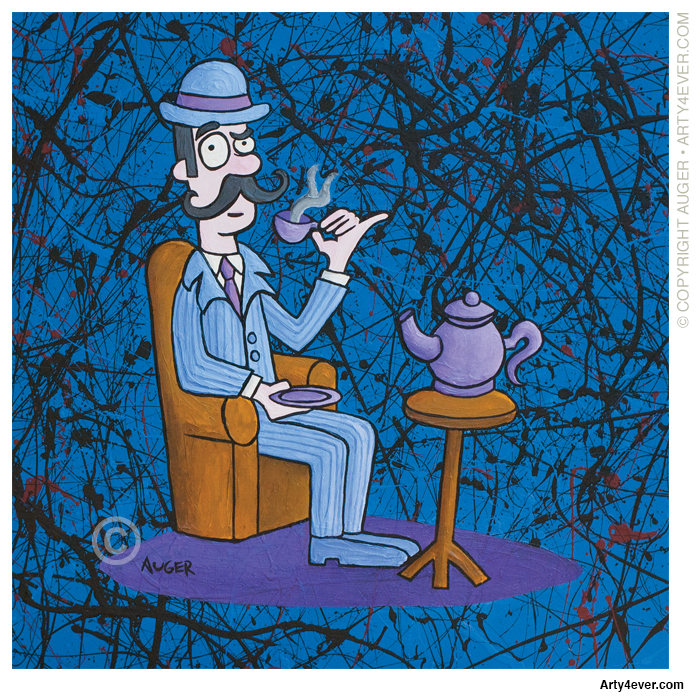 Is this painting your cup of tea? Cheerio old chap! Express your offbeat personality with this unique addition to the decor of your your kitchen or living room. 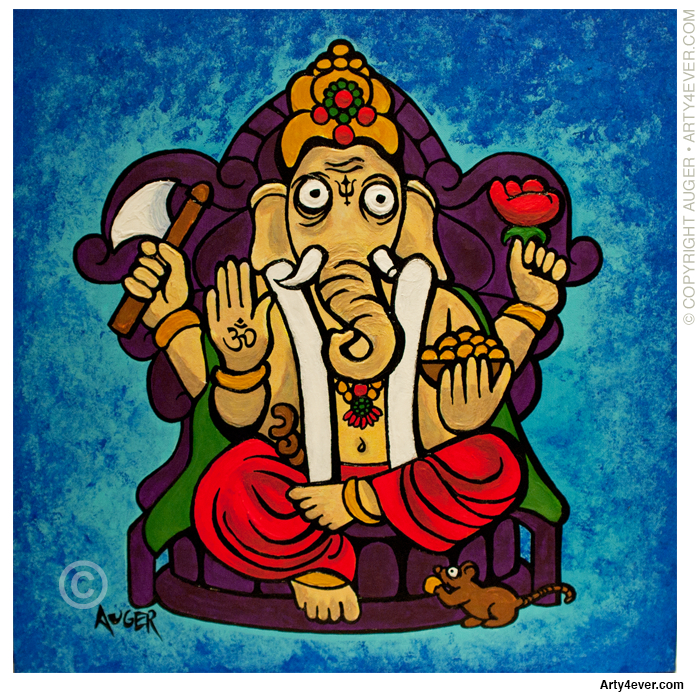 Ganesh is the very popular Hindu deity. I have depicted him with his traditional accoutrements. He holds an axe to cut off all bonds of attachment. The lotus flower symbolizes the realised inner self which is the highest goal of human evolution. A bowl of a modaka (sweet balls made of rice or wheat flour) symbolizes the immortality-bestowing, bliss-giving nectar of the crown chakra. And, on his outward palm is the Sanskrit symbol OM (the sacred syllable of the sound from which the world was created). 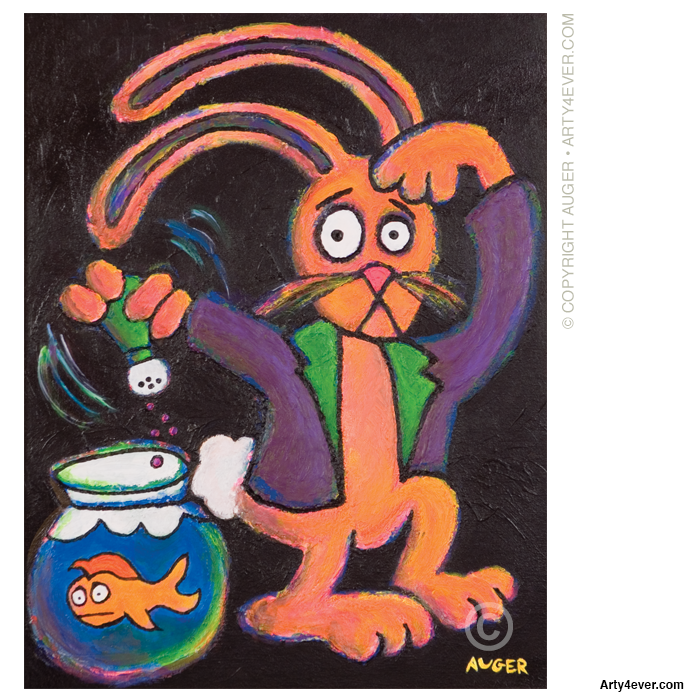 This is a painting that features a perplexed bunny who is compelled to pepper up his pet fish but unsure why and I’m not quite sure either. Painted thickly with vivid, blacklight-reactive acrylic, this painting is sure to be a conversation starter.